Once upon a time, sports were available to all kids. Schools once allowed children to join their athletic teams for no cost or for only the cost of a uniform. And even then, there were fundraisers and other events to help kids (and their parents) cope with the costs. Nowadays, though, it’s common for even public schools to charge an “athletic fee” to young athletes. Then, of course, you have sports “clubs” and “academies,” which often charge as much as $18,000 or more per year to be a part of.
These high costs, which are common in the children’s sports world, make it virtually impossible for low income children to play sports at a high level. In fact, a recent study reveals that, among families with incomes of less than $60,000 per year, around 19% said their children were forced to quit sports because of the high associated costs.

What’s particularly unfortunate about all of this is that low income youth are often the ones who can benefit from being a part of a sports team the most. Playing sports teaches important skills, such as responsibility and leadership. It also enables young athletes to build positive friendships, and, even more importantly, it can lead to college scholarships and other opportunities in the future. Sadly, low income kids, the very kids who typically need these kinds of chances most, aren’t getting them. 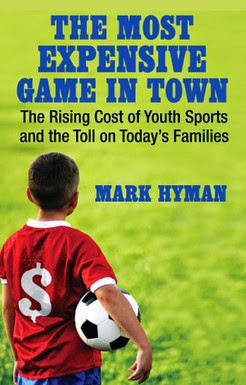 In reality, though, the high costs of sports aren’t just keeping lower income kids from playing. There’s actually been a general decline in the number of youths participating in sports teams. The Sports & Fitness Industry Association found that, from 2011 to 2012, participation in sports teams among kids aged 6 to 17 fell by a whopping 50%.

The good news is that there are efforts to make youth sports more accessible to children of all income levels. Many community organizations offer sports teams and clubs for free or at a low cost. There are also a lot of more professional leagues and clubs that offer financial aid and scholarships to gifted players.  If there is a young person in your life who wants to play sports but can’t afford it, search for lower cost options in your community. If all else fails, you could even take to fundraising yourself, especially since websites like GoFundMe.com make fundraising easier and more far-reaching than ever before.

The bottom line is that if you truly believe in the value of sports and of being part of a team, then there’s no reason you shouldn’t do everything within your power to pass the joy of sports onto all young people, regardless of their income level.

Posted by Big Bear Tournaments at 12:30 AM
Email ThisBlogThis!Share to TwitterShare to FacebookShare to Pinterest
Labels: being a part of a team, high cost of youth sports