We live in a very technological society, one in which new programs and apps are being developed on an almost daily basis. It shouldn’t come as a surprise, then, that new technologies have finally arrived on the hockey scene. Now, with the use of an iPad and the right apps, hockey coaches are taking their young players to the next level.

One app that is making waves these days is called iBench. With this app, coaches can instantly “drop” footage from games and practices into an online library, where they can then share the clips with specific players or the whole team. Coaches can even include comments to go along with the 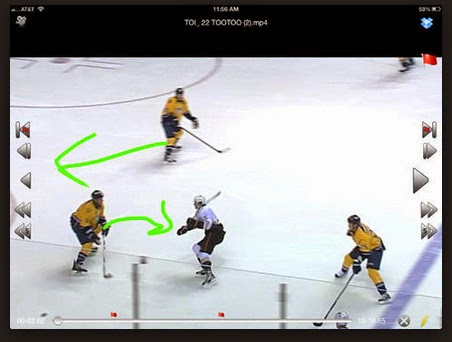 action, making it easy for players to observe what they’re doing well and what they need to work on.

So far, most coaches who have tried the program only have positive things to say about it. Some of the positive “buzz” surrounding iBench is that it’s:

Coaches who plan to use iBench are encouraged to use it to point out both positive and negative actions of the players. Pointing out only the negatives could lead to damaged self-esteem and reduced confidence.

As long as the app is used responsibly, however, it can do a lot of good for individual players and for the team as a whole. And, with this app being so successful and well-liked, one can only wonder about what the techie world will dream up for hockey players next.
Posted by Big Bear Tournaments at 12:30 AM
Email ThisBlogThis!Share to TwitterShare to FacebookShare to Pinterest
Labels: hockey apps, hockey coaches, hockey technology