How to Choose a Team Captain

Every hockey team, even the ones for kids, needs a team captain. Having a team captain teaches the captain himself good leadership skills and teaches the other players how to respond to and respect leaders of their own age. How do you go about choosing a captain though? While there’s no set way to go about it, there are a few tips you can follow to ensure you make the right decision.

Many coaches assume that the team captain should naturally be whoever is the best player on the team. That’s not always the case though. More often than not, the “best” player is one who is all 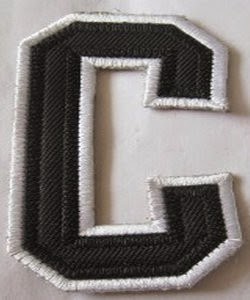 about himself and improving his own skills. Of course, that’s not always true, but nine times out of ten it is. That’s why you shouldn’t just necessarily go for the team’s most skilled player. Instead, look beyond just skill to try and choose the player who takes care of himself and works to better himself but who also has the team as a whole at heart. A good team captain can look beyond being “the star” and can think about what’s best for the team, even if it means sitting out a play or two himself. Observe your players carefully to determine who really is the best team player and the most well rounded one.

It’s also important to remember that, by placing a team member in a place of leadership, you are making him an example to other players, whether you mean to or not. It will only be natural for your young players to look up to and aspire to be like the person you name as captain. As such, make sure you choose someone who exhibits good team behaviors, such as being on time to practice, working hard during practices, and showing good sportsmanship, win or lose. Also look for players who are well-behaved in their personal lives. You don’t want a young player who curses or is disrespectful to his parents to act as a role model for your athletes, no matter how good of a hockey player he may be.

Willing to Go the Extra Mile

Finally, make it a point to have your team captain, whoever he may be, carry extra responsibilities, such as staying after practice to help clean up or working with weaker players after the regular practice has ended. You don’t want the “team captain” to just be a figurehead. You want him to be able to learn from the experience, and of course, to actually serve some purpose and benefit to the team. With that in mind, make sure you choose a team captain who has the time, maturity, and support to handle extra duties.

Again, there is no set formula for choosing the right team captain. Keep these tips in mind, but also, go with your gut. Remember, you are the coach and you can always change your mind on who the team captain is if needed. Things will go a lot more smoothly for everyone, though, if you put some real thought into the choice and do it right the first time.
Posted by Big Bear Tournaments at 12:30 AM
Email ThisBlogThis!Share to TwitterShare to FacebookShare to Pinterest
Labels: team captain