Coaching is an important job. It is one that demands absolute dedication to one’s players and a willingness and desire to help those players to succeed. No matter what sport a person coaches, the end goal is the same: to help mold young players into the best athletes they can be and to give them all the tools they need to succeed, both in the sport and in life itself. That’s why the recent words of Marc Trestman, given in an interview to the PCA National Advisory, ring true for coaches of all sports, including those who coach youth hockey. 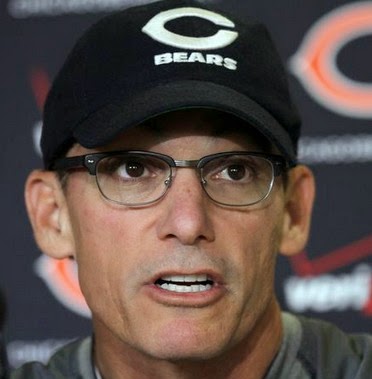 Trestman, who is the author of Perseverance: Life Lessons on Leadership and Teamwork and who has almost three decades of coaching experience under his belt, spoke to the honor and difficulty of being a coach in the interview. He asserted that coaches have a hard job but one of the most important ones there is. He also said that, as such, all coaches, regardless of level or sport, should really devote time and effort to considering what they are doing as coaches and why they’re doing it. Obviously, the answer should be to better and enable their players, and if that’s not the purpose and drive behind it, then they need to get that in check.

Of course, like all coaches, Trestman wants his players to win, but he stresses, in this profound interview, that winning doesn’t happen because of coaching. He also says that, furthermore, producing a winning team shouldn’t be the goal of coaching. He believes that, instead, coaching should be about instilling the right behaviors, goals, and attitudes in players, and that when a coach does those things, it will naturally lead to winning. He wants his players not just to be good athletes, but to be good people, and that- creating good people- is really what is at the heart of coaching.
Posted by Big Bear Tournaments at 12:30 AM
Email ThisBlogThis!Share to TwitterShare to FacebookShare to Pinterest
Labels: coaching, coaching youth hockey