The Benefits of Invasion Sports

Many hockey experts, including Darren Eliot, a former NHL goaltender, strongly advise parents to have their children participate in sports other than just hockey.

For the parent who sees real hockey potential in his or her child, this might sound counterintuitive, but it’s really not. Children can develop other skills through other sports, skills they don’t learn as well through hockey but that can still be used to help them in the game.

In case you’re not familiar with the term, invasion sports are sports that utilize many of the same tactics and basic game play as hockey. Good examples are sports like: 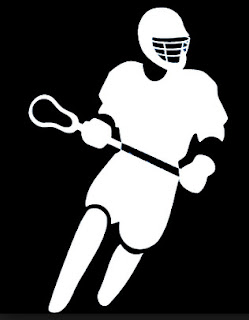 Through these sports, young players can learn strategies and concepts that will definitely help them in hockey and can also gain athleticism and other important traits, like good sportsmanship. Even if they’re already learning basic values on their hockey team, there’s certainly nothing wrong with instilling those values again and again. In fact, that’s more likely to make them stick!

In fact, the aforementioned Darren Eliot is a perfect example of how beneficial invasion sports can be. He grew up playing both lacrosse and hockey, which afforded him lots of fun and eventually led to a very successful professional career.

Just a few of the thing Eliot and others who participate in invasion sports have learned are:

In addition to gaining all of these physical skills, playing a different sport can also help young athletes to keep from getting burnt-out on hockey, making it more fun when they do play and increasing the chance that, like Eliot, they’ll stay with it for the long haul.
Posted by Big Bear Tournaments at 12:30 AM
Email ThisBlogThis!Share to TwitterShare to FacebookShare to Pinterest
Labels: hockey experts, hockey team, invasion sports