The Importance of Strong Skating Skills

There are many different opinions when it comes to determining what the most important skill a hockey player can have is. In the case of Nick Leddy, the defenseman for the New York Islanders, the answer is easy: skating ability!

Leddy, who has lasted through 5 NHL seasons and won numerous awards, has been playing hockey since he was very young...and he’s been skating since even before then. His father encouraged him to skate on a pond in his own backyard and later enrolled his skilled son in twice-a-week skating lessons.

Leddy also engaged in other sports that helped him develop skills, such as balance and endurance,  that he would need to be a better skater. He played baseball and football and is now living proof that being a multi-sport athlete is always a good thing for kids! 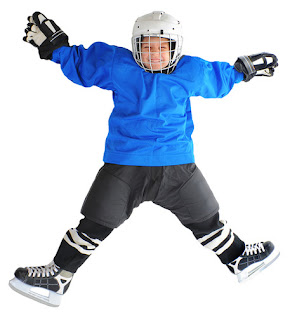 And, though Leddy was smaller than the average player and the average “success story,” his skating got him noticed at the tender age of 16 when he won a skating race, performing a great deal better than the other players.

Now, Leddy credits his skating skill, his hard work, and his ability to simply have fun while playing as the keys to his success. Kids these days, if they want to be like Leddy and other successful players, need to focus on having fun and building basic skills, not on training so hard they lose all joy and love for the game. Participating in other sports that reinforce necessary hockey skills is also a wise decision and can help to prevent burnout in addition to providing extra training.

Parents and coaches alike are advised to learn from Leddy’s example and to always remember that, at the end of the day, hockey is about having fun and building skills; if a player can do these things consistently, then the rest will fall into place if it’s meant to be.
Posted by Big Bear Tournaments at 12:30 AM
Email ThisBlogThis!Share to TwitterShare to FacebookShare to Pinterest
Labels: hockey is about having fun