As a youth hockey coach, I frequently deal with parents who are unhappy with me for one thing or another. That’s one of my least favorite jobs, but it just goes with the territory. One of the complaints I hear from parents a lot is that they think their little one isn’t getting enough time on the ice. Often, they’ll accuse me of “playing favorites” or overlooking their child’s hard work and skill. 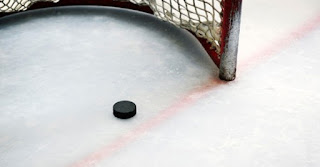 Even though it’s my job, as a coach, to remain calm and address their concerns, I, of course, take some offense at these types of comments. Not only do I wish that parents could trust me to do my job correctly, but I want them to understand that I base my decisions on a variety of factors, some of which they couldn’t accurately judge for the simple fact that they don’t see everything I see. When I pick who to play, when, and for how long, it’s usually based on a combination of these reasons:

I’d like to think that most coaches are basing their playing decisions off of these reasons as well, but sadly, I know that’s not always the case.

There are some coaches out there, coaches who give the rest of us a bad name, who do play favorites. Maybe they are related to a child they’re coaching and thus show that favoritism. Or, maybe they just lack the training and experience to fairly judge who should play and when.

Then, of course, you have coaches who care about winning above all else. They want the win, so they put in players who are likely to win, regardless of how hard those players have worked or what their attitudes are like. Obviously, this isn’t fair, but some coaches are either winning-focused or are just trying to keep everyone happy by winning as often as possible.

No matter the reasons behind this behavior, it’s wrong, and it sends the wrong message to the players. When the coach is showing blatant favoritism, it teaches them that who you know is more important than what you know. When the coach is just putting in the best players, it offers no reward for hard work, improvement, and determination, which, in the long run, are just as important, if not more important, than skill.

Obviously, you don’t want your child learning these “lousy lessons,” so, if you see a coach acting unfairly, there are a few things you can do. To begin with, assess yourself. Make sure you’re not unfairly judging the coach just because you’re angry that your child isn’t playing as often as you’d like.

If you do think that you’re being accurate in your assessment of the coach, encourage your player to talk with his coach about what he can do to better himself and play more often. A good coach will give real, honest advice; a truly bad one will just brush your player off. If this happens, your only recourse is to talk to the coach yourself, but attempt to do so calmly. Ask the coach about why he’s making the decisions he’s making. Don’t assume, threaten, or berate in any way.

If you do all these things in the right way, the coach might change, and, if he doesn’t, then you’ll need to reassess whether that particular team is right for your child. At the end of the day, the most important thing is to handle yourself with dignity and to make the best decisions for your child so that he can learn the RIGHT life lessons.