The Power of the One Touch Pass

One-touch passes are hockey moves that are very beneficial. If you’re not utilizing this passing method, then you’re definitely missing out. When done correctly, these moves can surprise the opposition and keep you one step ahead of the game. They’re super-fast, allowing the puck to sail with ease and never giving the opposition a chance to pressure the puck carrier. 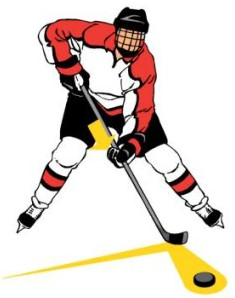 Of course, you’ll notice that we said “when done correctly.” A poorly executed one-touch pass can be disastrous for the game, but, by following a few simple tips, executing a perfect one shouldn’t be all that hard.

Tip #1: Exercise the Art of Anticipation
Executing a perfect one-touch pass isn’t just about the move itself. It’s also about anticipating where the puck is going to go correctly and clearly. The only way to make this happen is by knowing where each of your teammates is and knowing which passes from which teammates will work for a one-touch pass. Getting this part down pat can take some study and thought, but with a little practice, knowing when to perform the pass and when not to will become second nature.

Tip #2: Know When to Use It
As mentioned, you need to anticipate moves from your teammates and determine WHEN to use one-touch passes. While you’ll eventually get the hang of making this decision for yourself, the following are some instances in which one-touch passes typically are a smart move:

Again, you’ll figure out when to use one-touch passes with a little practice, but knowing these basic situations in which the pass is useful should give you a good starting point to work from.

Tip #3: Watch for the Wheelhouse
When you perform the one-touch pass, it’s important that you get the pass into your teammate’s wheelhouse. In order to do that, you need to know which hand your player is playing with, and you need to have a pretty good feeling that the pass will be completed. When you do this successfully, the teammate will catch the pass and release it quickly and all at once.

Tip #4: Keep Your Bottom Hand Low
Another thing you’ll want to try and do as you attempt a one-touch pass is to keep your bottom hand low down on the stick. This will give you a better hold and grip of the stick and also make you stronger and more in control. Placing the hand too high will do the opposite and will make your pass less accurate.

Tip #5: Keep Your Hands Soft
Finally, make sure to keep your hands soft and somewhat relaxed as you attempt a one-touch pass. This way, the pass won’t have a spin on it and will be more accurate and easier to handle for you and the teammate you pass it to!

So, there you have it- some foolproof tips to a great one-touch pass; give it a try today!
Posted by Big Bear Tournaments at 12:55 AM
Email ThisBlogThis!Share to TwitterShare to FacebookShare to Pinterest
Labels: hockey pass, one touch pass