Coaching youth hockey is no easy feat. Whether you’re a parent or a professional coach, however, you can learn a lot about how to best coach your young athlete by understanding what kind of coaching and teaching works best with children. 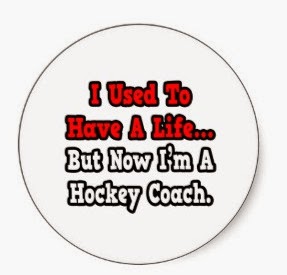 Research has proven time and time again that positive feedback is what gets the best results when it comes to young people. In fact, a recent study published in the Journal of Neuroscience found that, for younger athletes, specifically those between the ages of 8 and 9, negative feedback is very ineffective, and the younger a player is, the less effective it is.

What that means is that when you say things like, “Great job!” after a player does something well, the player learns. He learns that what he has just done is good, worthy of praise, and should be repeated.When you say something like, “That wasn’t right,” or even, “Do better next time,” those same “alarm bells” don’t sound in the young player’s mind. The athlete might feel bad...but it rarely leads to actually learning anything or making a connection about what to do better the next time. In that way, negative feedback is just a bad thing to do all around and garners no results except for making the athlete feel bad and harming his confidence.

Instead of giving negative feedback, coaches are instructed, when they see behavior they don’t want repeated, to ask analytical, straightforward questions like, “How can you play better next time?” or “What do you think you could improve on for your next game?” This will get kids thinking about what they did wrong and how to do better...the response you’re trying to get (but definitely don’t get!) when you say something negative.And, even better yet, these types of statements don’t cause harm to the athlete or reduce his self confidence.

Another thing to keep in mind is that it’s okay and even helpful for young athletes to make mistakes. When they make these mistakes, sometimes it’s best not to say anything...even something constructive and helpful. Instead, it’s better to sit back and watch the player learn from his actions on his own. For small mistakes, coaches  should try this technique at least one or two times. If, by then, the player isn’t self-correcting, which in and of itself is an important skill to learn, THEN they can step in with the constructive comments, but it’s still good to give players a chance to learn and improve on their own. In fact, that’s one of the more useful “self skills” that youth hockey teaches.

So, no matter how hard it may be, bite your tongue when you want to say something negative to a young player. Science shows that it’s not going to work, period, and that even your most helpful comments are only useful some of the time.
Posted by Big Bear Tournaments at 12:30 AM
Email ThisBlogThis!Share to TwitterShare to FacebookShare to Pinterest
Labels: coaching youth hockey