When you think of youth sports, the only children you should think of are the young athletes involved Unfortunately, however, these aren’t always the only “children” that exist in the sports world. There are also some very childish parents in the world of youth sports, and we do not mean “childish” in a good way.

If you’ve been around youth sports for awhile, you have undoubtedly seen these childish parents. They’re the ones who do things like scream at their children regularly, get mad at the referee, boo the other team, curse out the coach, or just generally have bad attitudes. 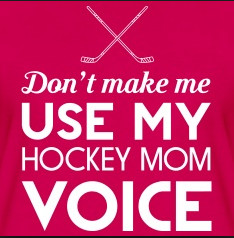 What these parents fail to realize is that, aside from just making themselves look stupid- and yes, they do look stupid- they’re negatively impacting every single child who witnesses their bad behavior. They’re sending the message that good sportsmanship doesn’t matter, that you don’t have to respect refs or coaches or anybody else, and that it’s okay to throw a fit when you don’t get your way.

Children are very susceptible, and they will often imitate what they see, so when they witness this type of behavior, they may think it’s okay to act in the same way. For this reason, when kids witness such actions, it’s best to talk to them about what they’ve seen and how and why it’s not okay.

And, what if you happen to be one of these “childish parents” yourself? Well, the first step is realizing and admitting that you sometimes give in to bad behavior. The second step is making a commitment to yourself, your child, and all the other children you come in contact with to be a good example.

Be the parent who cheers for all the kids, even those on the other team. Be the parent who is kind and respectful. If you can do these things, you’ll likely find that your child will turn out much the same way.
Posted by Big Bear Tournaments at 12:30 AM
Email ThisBlogThis!Share to TwitterShare to FacebookShare to Pinterest
Labels: childish parents ruining youth sports