Thanks Mom and Dad

I am not a professional hockey player. But, I am someone who grew up playing hockey and who still, to this day, has a great love for the game. In fact, I play on a “just for fun” league with some guys who have become some of my very best friends. 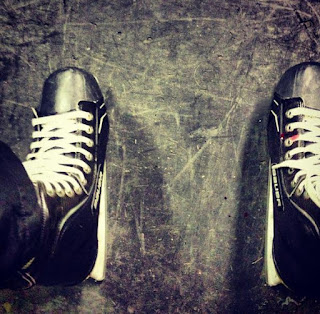 I think a big part of the reason that I still love the game just as much (if not more ) as when I was a kid is because I had some truly great parents. They never forced me to play hockey. They never made me go to extra camps or training if I didn’t want to. Sadly, though, this wasn’t the case for all of the kids I played with growing up. So many of them came to hate hockey because it was all they were allowed to do, day in and day out, and because they were constantly under pressure to do well at it and to attend as many extra trainings and camps as possible.

The kids who grew up to still love hockey were kids like me. They were the ones who were allowed to take breaks from hockey, the ones who were allowed to try out other sports and to just plain have fun. I do have friends who became successful professional hockey players, and every single one of them had parents who made the game fun and optional, not required and stressful. They had parents who encouraged them, who loved them, and who offered unending support and love.

Though I might not have become a professional hockey player myself, I still gained important skills from my experience as a youth hockey player. I never give up, I’m competitive but caring, and I know I can push past any obstacle. All of these are lessons I learned on the ice, and I have hockey to thank for that…as well as my mom and dad. So, my message is, first and foremost, “thank you” to my awesome parents and to all the other awesome parents out there, and, secondly, if you’re not being an “awesome parent” in the ways described above, start now. Your child will thank you.
Posted by Big Bear Tournaments at 12:30 AM
Email ThisBlogThis!Share to TwitterShare to FacebookShare to Pinterest
Labels: play hockey