How the NHL is Going Green

In today’s world, more and more people are choosing to properly care for the environment in their own small but impactful ways, such as recycling when possible, as well as reusing materials where they can. 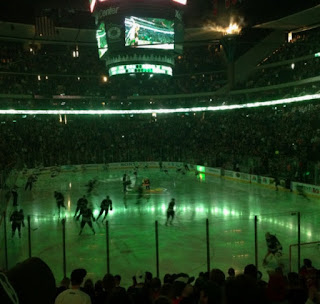 This is also true of many large companies and organizations, including and especially the National Hockey League (NHL). In fact, the NHL is quite proud of its “green” efforts, which it continues to improve upon to this day…and for good reason.

Take, for example, the fact that the NHL was the first and only professional sports institution to create a sustainability report. This fact shows just how much the NHL cares about Mother Earth, and it just gets better from there.

Five of the major NHL arenas use solar power systems and/or low-emission energy for powering their facilities, and many NHL arenas have environmentally-friendly lighting systems installed.

The NHL’s many environmental efforts are so great and so powerful that it actually was named #20 on the Environmental Protection Agency’s (EPA) list of the Top 100 National Users of Green Power.

As you can see, the NHL is really doing its part to help the environment, something that encourages all the young players associated with the organization to do the same.

These “green” facts are certainly something for hockey enthusiasts around the world to be proud of and are yet another thing that makes hockey one of the world’s top and most respected sports.
Posted by Big Bear Tournaments at 6:01 AM
Email ThisBlogThis!Share to TwitterShare to FacebookShare to Pinterest
Labels: NHL going green