How Young Hockey Players Can Impress Their Coach

There is a strong desire among young hockey players to be the “favorite” of their coaches. And, while a good coach shouldn’t really show favoritism, it is totally understandable that a young player would want his coach’s approval. The question, then, is how to go about gaining that approval.

While it’s tempting to think the coach’s favorite is the best or most skilled player, there is more to being “beloved” than just that. 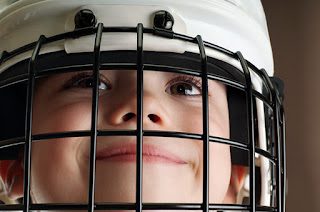 Whether a player is the “best” player on the team or not, a quick way to get in good with the coach is to have the right attitude.

Good players- players who impress their coaches- are positive no matter what. They also extend that positiveness to their teammates and strive to be encouraging above all else.

The best players put their team and the good of the team first and show it in all they do, which will win them the favor of their coaches and also help them to be better all-around people.

There is nothing coaches detest more than a young player who thinks he knows everything and who isn’t willing to take advice or see his own mistakes.

Thus, players who want to win the favor of their coaches should be as teachable as possible. They should be willing to admit they are not and never will be perfect. And, from there, they should take any feedback and advice that they are given, ask questions as needed, and apply what they have learned to make themselves better players.

A true willingness to learn and grow is the best thing any coach could ask for.

As you can see, earning a coach’s good faith isn’t hard. Players who try their hardest, encourage others, keep a positive attitude, and always strive to better themselves will easily rank among the top players on the team, not to mention the coach’s favorite.

Posted by Big Bear Tournaments at 12:13 AM
Email ThisBlogThis!Share to TwitterShare to FacebookShare to Pinterest
Labels: young hockey players