In the last decade or so, youth involvement in sports has been on the decline. However, through it all, hockey has managed to keep its numbers up. In fact, while other sports are seeing a decrease in participants, hockey is seeing a major increase in terms of young participants. 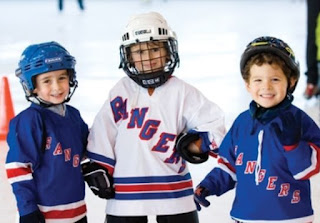 USA Hockey reports that 555,175 youth players participated in the sport in the 2016-2017season, which was a 2.32% increase from the previous year, and numbers are only expected to grow. So, what is hockey’s secret? Why is it having such big success when other sports are just trying to stay afloat?
Well, for one thing, the sport has recently focused on being more inclusive. While hockey was once an “all boys” sport, it has recently begun being more inviting to young female players. Allowing and encouraging both genders to fully participate in the sport makes for an easy increase in numbers.

Hockey has also made efforts to expand into places where the sport is typically not seen as very popular. Once a mostly “northern” sport, hockey now has rinks and lessons all over the place, such as in the South and even in California and Las Vegas. By sending the message that everyone can participate in hockey, no matter where they live, the number of participants is steadily rising.

Finally, hockey has made its own efforts to make the sport more popular and more accessible to all. It has a great “Learn to Play” initiative that makes becoming a hockey player possible for people of all ages and all skill levels. It has even had special Try Hockey for Free Days at rinks across the country to give those interested a chance to experience the sport.

One thing is for sure- what hockey is doing is working. In fact, other sports would do well to take a few cues from the sport.

Posted by Big Bear Tournaments at 12:30 AM
Email ThisBlogThis!Share to TwitterShare to FacebookShare to Pinterest
Labels: hockey is seeing a major increase in terms of young participants.