Bad habits are very nasty little things. They are easy to make and hard to break. And, unfortunately, many bad habits affect today’s youth hockey players. 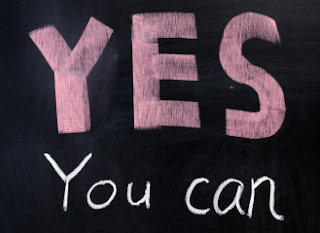 The worst part of bad habits is that, when formed young, they have a tendency to stick. And, even more unfortunately, one of the worst of these habits is looking down while on the ice.

When people first get out on the ice, their natural inclination is to look down at their feet. After all, they want to see what they’re doing, and they want to be sure that they are “secure.”

Unfortunately, looking down actually makes skaters less secure and more prone to falling or running into someone.

Even with practice, hockey players will sometimes will still maintain this bad, often innate habit. They want to keep a close eye on the puck, so they keep their gaze cast downward.

Unfortunately, this behavior can lead to an inability to see the whole ice, difficulty with interpreting what’s happening on the ice, and problems with decision making.

To combat the habit, let players know each and every time you see their gaze cast downward. Eventually, it will become second nature to look up and out, instead of down. It’s also not a bad idea to try some drills in which the focus is not on tracing the puck but, instead, on keeping the head up and the gaze forward the entire time.

If you can catch and correct the looking down behavior as often as possible, you can help to improve players’ performance on the ice, as well as the posture and the confidence level they convey to others.

So, don’t take looking down lightly. It’s a serious bad habit to break early on.

Posted by Big Bear Tournaments at 12:30 AM
Email ThisBlogThis!Share to TwitterShare to FacebookShare to Pinterest
Labels: bad habits of hockey