As a parent, coach, or other adult involved in youth hockey, you undoubtedly want your young players to be the best they can be. Just telling them to work hard or be their best, however, is pretty abstract and is not likely to merit the results you want. If you really want your players to be great players, it’s important to teach them what traits and characteristics they should be striving for and then to encourage those traits in them by focusing on them in coaching sessions and by praising 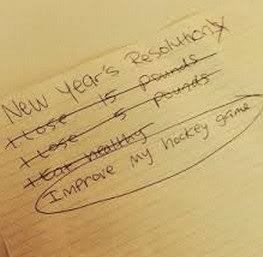 young players when they get them right. A few attitudes, behaviors, and skills to teach your players include:


Playing is a Privilege

Many young hockey players have been playing the sport since before they can remember. As such, they often take playing for granted. You need to teach your players that not everyone is fortunate enough to be able to afford to take part in a sport, and not everyone is physically able or healthy enough to play. Teach them that playing is a privilege, not a right, and that they should be grateful for the opportunities they have been given.

Play for the Love of the Game

Today’s players tend to get too focused on winning, but that’s not what the sport should be all about. Teach your players that while it’s okay to want to win, that shouldn’t be the main focus. They should play for a love of the game. Foster that love of sports in your young athletes by focusing on the fun parts of the sport and all of the skills and positive attributes that playing brings, instead of just focusing on winning.

Hockey players who are truly devoted to the game will practice every chance they get. They won’t just practice during formal or required practices either. No, they will practice at home, in their backyards, and pretty much anywhere they get the chance. Teach your players that practice truly does make perfect and that the more often practice takes place, the better off they will be.

It’s Okay to Try Something New

Don’t be afraid to encourage your young players to try out other sports. You won’t lose anyone who is truly passionate about the game. Plus, getting involved in other sports can make hockey more fun and can build skills that will help hockey players to improve their game.

It’s impossible to win every game or to be successful at every new thing. That means that disappointment is bound to happen to every athlete sooner or later. Teach your players to bounce back from disappoint. Show them that it’s okay to express their feelings and to feel sad, disappointed, and even a little defeated as long as they can quickly brush those feelings off and gear up for the next game with fresh, new attitudes.

If you can work to instill these skills in your young players, they’re bound to be the absolute best they can be!

Posted by Big Bear Tournaments at 12:30 AM
Email ThisBlogThis!Share to TwitterShare to FacebookShare to Pinterest
Labels: help hockey players improve their game