As a youth hockey coach, you undoubtedly want your players to be the best they can be. You want them to win as many games as possible and to reach all of their dreams. Those kinds of wonderful outcomes, however, don’t just happen by chance. They happen to people who work and push for them, and as a coach, it’s your job to mold your young players into those kinds of people. 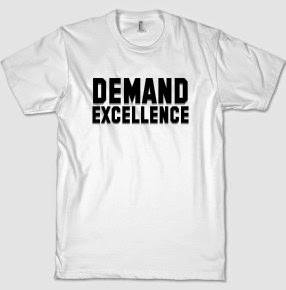 While there’s no magic formula for a winning person, there is one attribute that successful people tend to have in common: not making excuses! When you allow your players to make excuses, even legitimate ones, for why they didn’t play their best one day or why they lost a game, you allow them to rationalize their defeats. That’s not to say you should make them feel bad when they aren’t perfect, but you should encourage them to own up to their shortcomings and then to strive to improve upon them.

Another thing that’s just as bad as making excuses is blaming others, which is really just another form of excuse-making. Players and their parents are often guilty of blaming referees, other players, or even the weather on their mistakes. That’s never the way to go. Blaming doesn’t help anyone, so don’t allow or encourage this behavior in your players, and be careful you don’t do any blaming of your own. Players learn a lot from parents and coaches, so everything you do and say should be considered carefully.

You have more control over your players than you can ever know. Even when you’re not purposefully trying to teach or show them anything, your actions do the talking...and the teaching. Demand excellence, no excuses, and full ownership of actions from your players and yourself, and everyone will benefit.