How a Sporting Event Can Positively Impact the Local Economy

It might be hard to believe, but something as simple as a sporting event has the power to positively change a town’s economy.

Still don’t believe it? Then consider what happened when the Colorado Buffaloes hockey team showed up in Fremont, Nebraska. The team stayed at a local hotel, and it wasn’t the only one to do so. Seven other full teams, all of which were competing at the Pacific Regional Playoffs, also booked hotel rooms.

Plus, along with the players and coaches themselves, family members and many other eager spectators also booked rooms, meaning around 300 people booked rooms during this one weekend alone!

The hotels made lots of revenue that weekend, much more than usual, and they weren’t the only 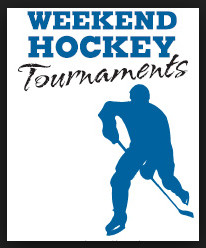 businesses to benefit. Restaurants and bars earned money by serving food and drinks to players and fans alike. Gas stations made money when people stopped to fuel up before heading back home, and the arena where the tournament was played earned a lot of money!

It’s easy to see, from this one example, that something as simple as a hockey game or, even better yet, a tournament can have a positive impact on a local community. That impact can reach beyond just a day or weekend too. If people have a good time when they come into a town for a game, they’re likely to come back and to tell their friends about this cool new town they’ve discovered.

As you can see, sporting events are a great way to boost the economy and the community as a whole. To promote this economic boost, encourage those who travel to your town to stay overnight, try restaurants and shops in the area, and more. You may even be able to partner with local hotels and other businesses to offer discounts and specials that will encourage those who visit your town for a game to take advantage of all your area has to offer.
Hockey really does benefit the community, in more ways than one; make that fact work for you and your town!