Common Myths About 8U Development

8U development is a hotly debated topic among hockey professionals. Some think it’s an excellent model while others think things need to change. Regardless of your personal opinions on 8U development, however, you should be aware that there are a great many things people think and say about 8U development that are just plain untrue, and you shouldn’t let these myths affect how you feel about it. 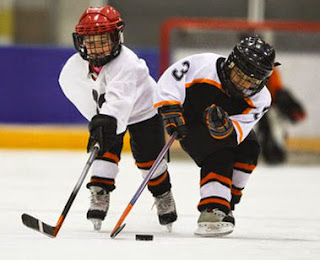 One thing you may have heard about 8U development is that it’s no fun for kids and that they actively dislike it. However, nothing could be further from the truth. When kids play full-out games, a great many of them don’t get to do much of anything or really practice the skills that they’re trying to build. It’s all just too fast-paced and just plain too much for these young players. Contrarily, players involved in 8U style games are able to get involved and have fun, no matter what their skill level, so regardless of what you may have heard, it’s definitely not the kids who have a problem with 8U development.

Myth #2: Kids Should Focus Only on Hockey

Some people wrongly believe that the 8U model encourages kids to not be active in other sports, but that’s not true either. In fat, proponents of 8U believe that other sports, outside of just youth hockey, can help kids to develop meaningful skills that they can take with them into the rink and beyond. They also believe that engaging in other sports for fun can help to prevent the “hockey burnout” that affects so many kids.

Myth #3: Winning is Everything

Finally, some people think that the 8U model emphasizes winning over skill-building, but again, the opposite is true. Winning is never the main focus with the 8U style. Instead, the focus is on helping kids- every kid, not just the star players- to succeed and learn helpful skills.

As you can see, the 8U model is vastly misunderstood, but if you stop buying into the hype and seek the truth, you’ll quickly see that it’s likely a lot better than you thought.
Posted by Big Bear Tournaments at 12:30 AM
Email ThisBlogThis!Share to TwitterShare to FacebookShare to Pinterest
Labels: 8u hockey development