When Your Child Isn't Competitive

Parents worry about all kinds of things when it comes to their kids. They worry when their children are too competitive and too into winning, and they worry when they’re not competitive at all. If you’ve got a child in the latter category- one who could care less whether his hockey team wins or loses- you might think this is cause for concern, but don’t worry; it’s not! 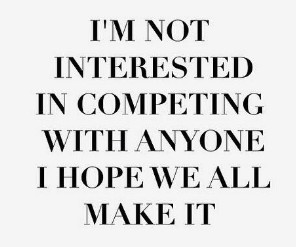 It’s actually, believe it or not, a good thing if your child isn’t all that into winning. As long as the child is having fun, actively playing the game, and actively participating in the game, it’s totally fine if he doesn’t get all “fired up” about winning. This is a good indicator that your child has been taught to play hockey for the sheer joy of playing and not just for the thrill of winning.

Of course, if your child isn’t actively playing the game and, in fact, during games and practices, looks like he’d rather be anywhere else, then you might have cause for concern. Have an open and honest conversation with your child about how he’s feeling, and if it turns out that he’s just not that into hockey, period, it may be time to look into other hobbies at least for a while.

All too often, today’s kids feel forced into playing hockey by overly enthusiastic parents, and they often don’t want to tell their parents how they really feel for fear of disappointing dear old Mom and Dad. Make sure your child feels comfortable talking to you about anything…even if that “anything” is a lack of love for hockey.

If it turns out that your child does want to quit hockey, let him. This is the only way to have even a chance at one day developing a love for the game. Forcing him to play regardless will just teach your child that you don’t value his feelings and will lead to resentment for you and true hatred for the very sport you wanted him to love!
Posted by Big Bear Tournaments at 12:30 AM
Email ThisBlogThis!Share to TwitterShare to FacebookShare to Pinterest
Labels: kids and competition