Many people are unaware that there are actually two different styles or types of hockey: North American style and European style. These two styles, while still the same game, have a great many differences between them. 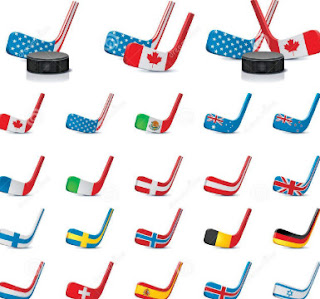 The fact that European rinks are quite a bit larger does cause some changes in the way the game is played. Strategies for attacking and defending tend to be different since the players have more space to utilize than they previously did. Furthermore, Europeans tend to focus more on keeping the puck in their possessions and gaining in speed while Americans are more interested in staying in their lanes and handling the “traffic” of a crowded rink during gameplay.

Another thing that may be encountered with European style hockey, particularly Russian hockey, is the five man unit. With this system, a line of forwards and two defensemen play together.  Though this isn’t something that is likely to be instituted in North American hockey anytime soon, one thing that can be taken away from this strategy is the importance of developing trust and good working chemistry with other players on one’s team. Young athletes would do well to try this exercise at least in practices or as a sort of drill to help build these very skills.

Obviously, there are a lot of differences between the two styles of this sport- these are really just a few of many. It’s important to realize, though, that a lot can be learned from finding out about the playing styles of others and perhaps even incorporating some of what they do well into the American version of hockey.
Posted by Big Bear Tournaments at 12:30 AM
Email ThisBlogThis!Share to TwitterShare to FacebookShare to Pinterest
Labels: different styles of hockey