For most hockey players, the absolute worst thing that could ever happen to them is being deemed a “healthy scratch.” Just in case you’re not familiar with this term, by the way, it means a player who is uninjured but who still does not dress for or play in a game even though he’s on the roster.

When someone is deemed a healthy scratch for a particular game, it can be frustrating, not to mention embarrassing.  Unfortunately, though, it happens to most athletes at one point or another. Sometimes, a coach will just come up and tell you on the day of a game, usually before or after morning skate. Other times, you won’t find out until the last minute. No matter what, though, being prepared and “seeing it coming” can help to take some of the sting out of getting healthy scratched. To help with that, here are some tell-tale signs that you might be getting healthy-scratched form the next game.

Sign #1
The first big sign should be evident from practice. If you’re a center and you’re practicing with two defensemen as wingers, then there’s a good chance that you won’t be playing in the next game. How you’re treated in practice and what you’re asked to do is usually a pretty good indicator of where you stand. 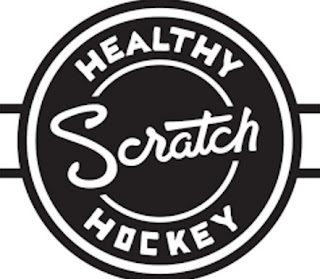 Sign #2:
Getting asked to do unimportant things or things that you normally don’t do may also indicate you’re going to get healthy-scratched. If, for example, you’re a defenseman and you get asked to sit out for a bit during practice or to play a different position, this could mean you’re not playing.

Sign #3:
Perhaps one of the worst signs that you’re not playing is when you see your gear has been moved…all to make room for a new player’s. If this happens, you can assume that you won’t be playing.
None of these signs are fun, and neither is getting healthy-scratched, but remember, the key is to learn and grow from it. Take the initiative, after the game, to calmly and politely ask your coach what you can do to improve and to avoid getting healthy-scratched in the future. It could make all the difference!

Posted by Big Bear Tournaments at 12:30 AM
Email ThisBlogThis!Share to TwitterShare to FacebookShare to Pinterest
Labels: healthy scratch