In recent years, there’s been a major push toward making all things, including sports, more accessible for those who have different abilities than the average person. In the hockey world, this includes making play possible for players who may be deaf, blind, or have other special needs. While hockey, like all things, still has a way to go on many fronts in this area, it has made some major and impressive strides for deaf players. 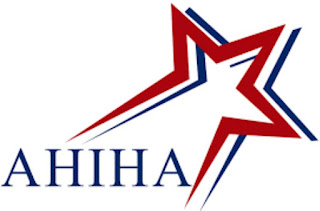 One great organization that exists is the American Hearing Impaired Hockey Association, which focuses heavily on making learning and playing the sport of hockey possible and more accessible for athletes who are deaf or hard of hearing. The United States is very fortunate to have such an organization, and hopefully many more, which target other needs, will be developed in the future.

Making Changes at the Individual Level

However, even those players not involved with this organization deserve the chance to play, just as all young athletes do. Coaches are encouraged to educate themselves on how to work with people with different abilities.

In terms of deaf athletes, coaches should learn to use non-verbal communication, such as gestures, looks, and even sign language as much as possible. This will help not only deaf players but those who tend to be visual learners.

In addition to educating coaches, players should also be taught to deal with diverse groups of people, including the deaf. Ultimately, hockey, like all sports, should be accessible for all. Making it so simply requires people who are willing to learn, grow, and accommodate all needs and abilities.

Hockey is making major strides with the deaf and with others with unique needs. Hopefully, all sports will follow its lead.
Posted by Big Bear Tournaments at 12:30 AM
Email ThisBlogThis!Share to TwitterShare to FacebookShare to Pinterest
Labels: playing the sport of hockey