Tips for Not Being "That Parent"

We’ve all seen “that parent” at hockey games. You know the one- the one who yells at the refs and/or yells at the kids- theirs and/or other people’s- and probably storms out when things don’t go their way. If you’re being honest with yourself, maybe you’ve even been that parent a time or two.

Whether you have or not, there’s always room for improvement. So, if you don’t want to be “that parent,” and, instead, want to be better and more supportive, just follow these simple tips. 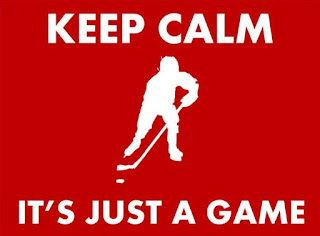 One toxic thing many hockey parents do is criticize other players, both on and off their own child’s team. They might make small judgments or say horribly negative things. Either way, their behavior and their words are still toxic and hurtful.

Make it your goal, as a parent, to never comment on another player unless it’s positive. Even then, be careful so that your child doesn’t feel like he’s being compared or subtly put down. This will help your child In major ways and set you apart from those parents you don’t want to be like.

When parents see real sports potential in their child, they sometimes put pressure on the young athlete, often without meaning to.

Even if you think your kid is the next NHL superstar, don’t say it. Encourage your child, support your child, but don’t set impossible standards or even make your future dreams clear. Listen to what your child wants, honor it, but don’t pressure or even put expectations out there.

If something great happens in your child’s sports future, awesome. But, if it doesn’t, at least your little one will never have to feel like he didn’t meet your expectations.

No hockey parent is ever going to be perfect. But, if you follow these tips, put your child first, and strive to be a good role model, you’ll probably come out well above the majority.

Posted by Big Bear Tournaments at 12:30 AM
Email ThisBlogThis!Share to TwitterShare to FacebookShare to Pinterest
Labels: hockey parents