As a parent, you probably already know all too well that kids make mistakes. As such, it shouldn’t come as a shock to you that these mistakes transcend into the sports world. As a parent of a young hockey player, you can expect your child to have some blunders and shortcomings along the way. What really matters, however, is how you and your child deal with those mistakes.

Kids have a tendency to become frustrated and to want to give up after a mistake. If left unchecked, 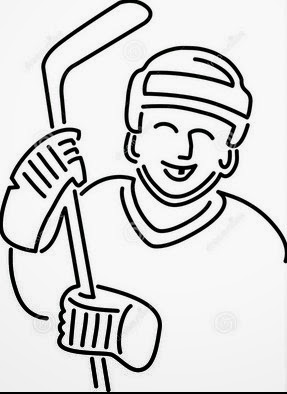 their frustration and despair can often lead to them quitting the sport. Fortunately, though, there are things you can do to keep that from happening and to teach your child the value of not giving up.

First things first, you want to assess where your child’s negative feelings are coming from. Kids tend to let accidents and blunders roll off their shoulders for the most part, so if your child is hanging on to even the smallest errors, other factors might be coming into play. It could be that you yourself, a coach, or teammates are being too hard on a child who doesn’t play perfectly. Or, maybe your child is struggling with negative self image or self esteem. Whatever the case may be, it’s important to get to the bottom of your child’s negative feelings and to attack them from the root cause. There are some instances in which certain kids are just naturally hard on themselves. When that’s the case, you can talk to your child about the values of positive thinking and work to boost his or her self-perception. In general, though, it’s usually the behaviors of others or even yourself that needs to change to make a kid feel better.

Also make sure that you’re not negatively reinforcing bad behaviors. If your child throws a tantrum after a loss or a bad play, what do you do? If you swoop in with a cheer-up treat, hugs, or consolation, you could be accidentally teaching your child that those behaviors are okay and warrant comfort. Always focus on rewarding good behaviors, such as positive, can-do attitudes, and reprimanding bad ones. It’s simple really. If you don’t want to see a behavior repeated, don’t reward it (even accidentally).

It’s important to notice that we said “reprimand” not “punish.” When you see a behavior or an attitude you don’t want repeated, full-blown punishment usually isn’t the answer. Instead of taking away a toy or making a child run laps or spend extra time practicing, talk to him or her about the feelings that have caused the bad behavior. Once you understand where those behaviors are coming from and can discuss with your child why he or she isn’t dealing with those feelings in a positive way, then you can actually put a real stop to those behaviors. Not only can you stop the bad behavior, but you can help your child to find a way to cope with the feelings that caused it. This- coping with negative feelings- is a skill that will help your child not just with sports but with life in general.

Of course, kids aren’t always great at vocalizing the complex feelings that lead into their negative actions. As such, it’s important for you, as a parent, to understand and be able to identify some of the driving forces behind bad behaviors. One of the most common, for example, is perfectionism. If you notice your child gets angry at the slightest mistake, is very hard on himself or herself, and never stops trying to perfect and hone skills, you likely have a little perfectionist on your hands. These kids are very tough on themselves and will never be satisfied with any achievement. Nip this behavior in the bud quickly by praising even small achievements and focusing on fun, not winning.

It’s also wise to check your own attitudes and expectations. Nine times out of ten, the way your child reacts to mistakes has a lot to do with the way you react to them. If you freak out and brood (even silently- kids can tell these things) over losses or less-than-perfect plays, chances are your kids will too. Also, if you’re putting a lot of pressure on your little one to succeed, he or she will likely do the same. Youth hockey, at the end of the day, is about fun and socialization. Keeping those things in mind and working hard to make the sport a fun, no-pressure one is the key to getting your child to take mistakes in stride.

Posted by Big Bear Tournaments at 6:36 AM
Email ThisBlogThis!Share to TwitterShare to FacebookShare to Pinterest
Labels: Youth Hockey