The Hidden Violence in Youth Sports

When you think of youth sports, you probably picture happy, laughing children kicking a ball around a field or sending a puck sailing on the ice. Sadly, though, this happy picture isn’t always a reality. Youth sports can often be just as violent, if not more so, than their professional counterparts, with 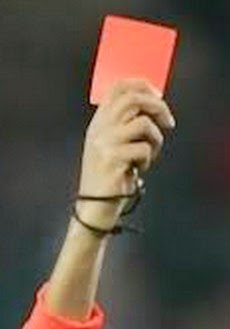 spectators, parents and even the kids themselves often taking part in the violence.

Part of the reason for the violence is that so many people take youth sports extremely seriously. Many parents dream of having their children one day becoming professional athletes, but the reality is that only around 1% will end up being offered sports scholarships in college. When you consider that dismal statistic plus the fact that parents invest so much time and money into youth sports in the hope that it will one day pay off, the competitiveness and even the aggression becomes easy to understand.

One also has to consider the love and devotion that parents have for their children. While those are certainly good things, they can turn ugly. When a parent feels like his or her child is being threatened or challenged, those metaphorical claws can come out. And, with kids feeling so much pressure from their parents, it’s no wonder that they would act out as well.

As for those violent fans, they usually have an investment in one particular child or team, and like aggressive parents, they can sometimes let their feelings show in negative ways. Whether it’s simple yelling or name calling or a full blown fist fight, violence at kids’ sporting events is just not okay, plain and simple.

At its most basic level, violence of any kind is just plain wrong. We all know this. And violence at a sporting event- which is meant to be a wholesome activity- is equally wrong. It’s even more wrong when this violence takes place at an event designed for children and, even worse, in front of the children themselves.

Kids learn, undoubtedly, from what they see. Parents and others in their lives are their role models. And, when their role models act childishly and immaturely, what more can be expected from them? Parents and all adults are encouraged to remember the true purpose of youth sports- not winning but building good character- and to let that guide and influence their behavior at youth sporting events.
Posted by Big Bear Tournaments at 12:30 AM
Email ThisBlogThis!Share to TwitterShare to FacebookShare to Pinterest
Labels: hockey, sports violence