As a youth hockey coach, there are probably several parts of your job that you enjoy. Chances are, however, that cutting young players isn’t one of them. Unfortunately, though, if you’re trying to create a high-level, high-achieving team, cutting is something that can’t be avoided. The good news, however, is that there is a “right” way to go about cutting, a way that can shield the cut player from too much hurt and disappointment and that can help him or her to see the cut as an opportunity to grow and improve. 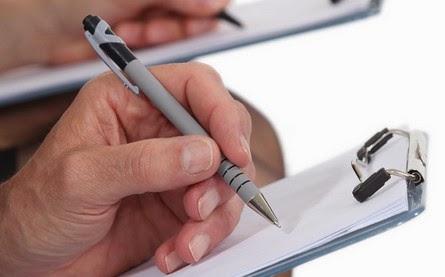 First things first, never cut a player without a good, valid reason; that should go without saying. Don’t cut a player just because he’s not that skilled either. If he made it onto the team and he’s consistently trying to improve, he deserves his spot, whether he’s doing a “great” job or not. The only players you should be cutting, especially at this level, are those who just don’t try or who have other issues, such as not attending practices or not working cooperatively with their teammates. Also, never cut a player without a lot of careful thought and consideration. A cut shouldn’t happen in a heated moment when you’re angry with a particular player. It should only happen after you’ve really devoted a lot of time and thought to your decision and are sure that you’re making it out of wanting what’s best for the team as a whole.

If, after heeding this advice, you do ultimately decide to cut a player, make sure you do it privately. You should never cut a person in front of the team. Tell your player thank you for his service if he’s already on the team. Or, if you’re making preliminary cuts, tell him good job on his tryouts. Always start the “cut” with something positive the player did and then explain, gently, why he is not making the team or is being cut from the team. Offer suggestions for improvement and make sure you reinforce that the player’s chances at an athletic “career” are not over and that there is hope.
You may also wish, depending on circumstances, to encourage the player to try out again in the future or even to attend practices to learn more about the skills required to be a valuable member of your hockey team. Just remember that you are dealing with a child here, and you don’t want to be the one who breaks his spirit. Offer chances and hope for the future while still being honest, realistic, and forthright. Put the player’s feelings first. Be willing to answer any questions he has, but also be firm. Don’t let yourself be talked out of a decision you’ve already made.

Cutting players is never easy, but it’s part of being a coach. At the end of the day, your job is always, always to do what is best for the team as a whole.

Posted by Big Bear Tournaments at 12:30 AM
Email ThisBlogThis!Share to TwitterShare to FacebookShare to Pinterest
Labels: youth hockey coach