When you have your team do running or other intense drills, do you ever refer to them as “suicides?” Chances are that you do. It’s pretty common nomenclature, but if you really stop and think about what you’re saying, it’s easy to see that it’s also entirely inappropriate. Suicide is a real and growing problem among youths, and throwing the word around idly makes light of a serious problem. Furthermore, the word can be triggering and painful to those players who know someone who has tried to commit suicide or been successful in doing so. 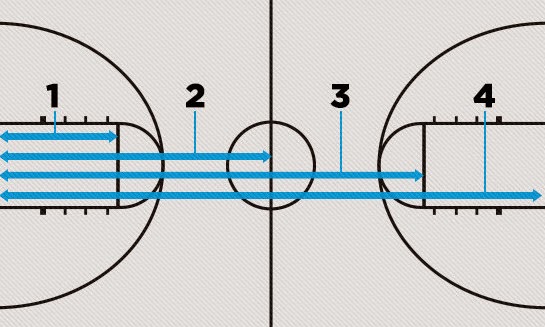 Also, a lot of the sports drills that are typically called “suicides” really aren’t all that helpful. Drilling running or some other exercise isn’t really going to help young hockey players. They need to be focusing on drills and exercises that benefit them all around and that target many different skills, not just drills that help them to improve in one area and/or that are so intense they could lead to injury or strain.

Of course, running and general exercise is still important, but calling it “suicide” isn’t likely to make other players want to do it! Not only can coaches save hurt feelings and negative associations by not using this ugly name, but they can also make exercise something fun and positive, not something players dread and fear.

As you can see, there are a lot of good reasons not to use the term “suicides.” Think about the other names you, as a coach, have for the activities and exercises you do. If any of them are violent, inappropriate, or just plain negative in nature, then take the time to think up some more creative, more appropriate names. Positive names can go a long way!

Posted by Big Bear Tournaments at 1:02 AM
Email ThisBlogThis!Share to TwitterShare to FacebookShare to Pinterest
Labels: suicide sports drills