Why Down Time is Important for Young Athletes

Once upon a time, youth sports used to be strictly for fun. In recent years, however, there’s been a push toward treating kids like “real” athletes...and making them train like them too.

These days, parents are hiring expensive coaches, entering kids into tournaments, and forcing children as young as eight to practice for hours per day.

These parents usually don’t mean their kids any harm. In fact, the reason they’re doing all that is because they want the very best for their children, but is this type of pressure really the “very best?”

It has consistently been shown that forcing kids to work relentlessly at a sport makes them burnt out on it, increasing the chances they’ll stop playing the sport, and can even stunt their emotional growth. 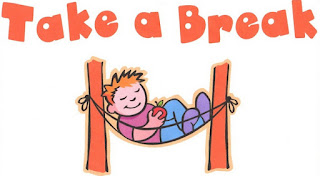 Kids, like all people, need rest...even from something they love. This doesn’t just mean forcing them to train for two hours instead of four; it means taking breaks during practices, taking breaks during the season, and maybe even sitting out a season or two if that’s what a child wants.

Not only are these types of breaks good for them physically- those growing bodies already have enough stress on them- but they are also good for them emotionally and mentally as well.

Parents who don’t heed these warnings and who continue to push their children to the brink shouldn’t be surprised if they find their young athletes diagnosed with “overtraining syndrome,” which exists when a child or other person has reached true mental and physical exhaustion. This can lead to depression, hatred of the sport, and poor performance, and once things reach this point, they often can’t be fixed with just a break.

Don’t let your child get to that point! Don’t push your children too hard, allow them to take breaks when they need them, and more importantly, encourage them to take breaks and just spend time being kids and having fun. You’ll find that, surprisingly, they’ll often play better and stay involved in hockey longer if you can do that.
Posted by Big Bear Tournaments at 12:30 AM
Email ThisBlogThis!Share to TwitterShare to FacebookShare to Pinterest
Labels: hockey tournaments, youth hockey tournaments