The Art of Talent Spotting

Just about every young hockey player (and his parents) dreams of having a hockey talent scout come out to a game, see him, and fall in love- instantly offering scholarships and opportunities. Unfortunately, though, most parents and players really don’t have a clue what it is these talent scouts are looking for.

In truth, there’s no cut and dry “this is what talent scouts want” kind of formula to follow. It really varies from scout to scout and from player to player. Generally, though, there are certain qualities that have a higher chance of attracting and wooing talent scouts than others. 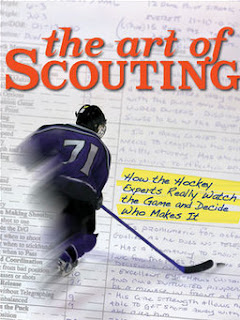 For example, most talent scouts do want young players. They want their players to have time to gain the training necessary to become true pros, and they also want people who can play for them for a long time to come and have fruitful careers.

Talent scouts also tend to want people who fit the ideal physical model for players of their type. Of course, however, young players often haven’t grown into their full physicality yet, so this can sometimes hinder young players from getting scouted, at least at first.

As a coach or a parent, these things mean that, aside from getting your child in hockey at a young age, there’s not really a lot you can do to make scouts flock to a player. However, one thing you can do is to become familiar with each player’s strengths and strongest skills. That way, if a scout were ever to ask you, “Do you have a player who fits “x” description,” you might just have a ready answer that is exactly what the scout is looking for.

Of course, you should never attempt to pigeonhole or stereotype a particular player to try and make him fit into a mold of what the scouts want or are likely to want. Instead, you should give your players the room and freedom to develop as they will, and if they end up having what the scouts want, great, but if not, you still need to celebrate and encourage each player. After all, at the end of the day, hockey’s main focus should not be on getting scouted; it should be on developing a love of the game and the good qualities that should go along with athleticism, such as a strong work ethic and good sportsmanship.

You also want to bear in mind that even if a player doesn’t seem like a “scout’s dream” at first glance, i.e. perhaps he doesn’t have that physical makeup scouts look for, that doesn’t mean all hope is lost. If a player has been built up, encouraged, and has all the psychological skills that come with sports, he still has a chance of being sought after by a scout.

In fact, many modern athletes didn’t fit the physical mode but still had other qualities that made them “scoutable,” such as Lionel Messi, Wayne Gretzky, and Darren Gough.

The bottom line is that, as a coach or parent, you shouldn’t worry too much if the player in your life doesn’t fit the mold or doesn’t seem like he’s scout-worthy. Instead, you should focus on instilling a positive mindset and basic skills, and then leave the rest up to fate. If your player is good enough and has the right attitude, there’s a good chance he’ll still get scouted, even if he’s “lacking” in other areas.
Posted by Big Bear Tournaments at 12:30 AM
Email ThisBlogThis!Share to TwitterShare to FacebookShare to Pinterest
Labels: hockey scouts