A lot of times, young players...and even their coaches...operate under the belief that their greatest enemy and opponent is the other team. In reality, though, that’s not quite true. The greatest enemy or challenge to young players is their team and themselves...or at least that can be the case if focus is missing and if there are other problems within these structures. 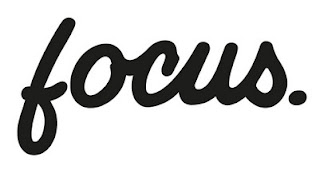 Self
If players aren’t careful, they can easily become their own worst enemies. If they are focused not on the game at hand but on complaints about the coach, complaints about their teammates, or grievances about how often they play, or rather, don’t play, they’ll be distracted and likely to stumble. It’s also a problem if players lack confidence and continually beat themselves up over mistakes they’ve made. Conversely, if players are too obsessed with their own stardom and success and not on the good of the team, they can also struggle and stumble, decreasing their likelihood of success and personal satisfaction.

The Team
An unfocused, troubled team can be a detriment to everyone on it. If even one member of the team has a bad attitude, everyone will suffer. Teams that don’t know how to work together or where everyone isn’t putting in equal amounts of effort can’t possibly be successful teams. Sure, they might win a game here or there, but they won’t be able to keep that up for long. Plus, to make matters worse, even when they do win, they won’t feel the true joy and camaraderie that they should feel.

The Surrounding World
Finally, players and teams can also suffer at the hands of coaches, parents, and other people who should be acting as supports. If kids have demanding parents, for example, they’re going to get burnt out, overly focused on winning, and thus not play to the best of their ability nor for the right reasons. Likewise, if coaches are negative and never encouraging, kids will suffer.

As you can see, everyone’s focus- the kids, the team as a whole, their parents and support systems- needs to have the right, positive focus in order for success to happen. Do your part, no matter what it may be, and encourage others around you to do the same, and everything should come together.

Posted by Big Bear Tournaments at 12:30 AM
Email ThisBlogThis!Share to TwitterShare to FacebookShare to Pinterest
Labels: challenge to young players