The Painful Side of Pressure

Parents, coaches, and other people involved in a young athlete’s life will often pressure that athlete to do his best. They think that, by doing so, they’re showing support and helping the athlete to perform to the best of his or her ability. In truth, though, what they’re actually doing is causing the young player undue stress and worry, which can often lead to burnout. 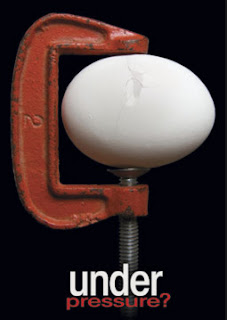 Take, for example, a young player I know named Greg. Greg was an incredibly skilled hockey player. His parents, his coaches, and everyone who knew him congratulated him on his skills and asked him about his next game and how practices were going. Hockey seemed to be the focus of young Greg’s life.

When Greg suffered a season-ending injury, everyone assumed he would be devastated. Imagine their shock, however, when he expressed how very relieved he was. Greg was thrilled he wouldn’t have to deal with the pressure and worry that went along with playing the sport. And, when I last checked in with Greg, he hadn’t gone back to playing, even though his injury had long since healed.

Greg is a prime example of what can happen when we put too much pressure on young athletes. This pressure, which is often well-meaning, can come from a variety of sources. One of the most common, however, is the athlete’s parents. Parents who take losses personally, who get upset over mistakes, and who force their children to practice non-stop are not doing their kids any favors.

These parents typically aren’t TRYING to be mean. In fact, more often than not, they’re trying to encourage their kids and show them that they support what they do. However, there’s a way to do that without pressuring young players.

To begin with, let them be as involved in the sport as they want to be. Never force them into playing if they don’t want to, and don’t force them to do extra practices or camps either. If they don’t take part in extra training and perform poorly as a result, that’s their consequence to experience and to learn from. You have to let them make and then learn and grow from their own mistakes, period.

Parents also need to keep in mind that their main job is to build-up their kids. When their child plays well, the first thing they should say is “Congratulations.” When a child doesn’t perform well or the game doesn’t go as planned, the parent’s job is to point out all the things the child did well and to offer encouragement for next time. Critiquing is the coach’s job, not the parent’s!

And, though this might be the hardest pill to swallow, when kids say they don’t want to play next season or they want to try another sport, the parents need to let them. Is this hard, yes? But, at the end of the day, it will allow the child to make his own decisions, and ultimately, if the sport is right for him, he’ll return to it. Either way, he’ll live a life that’s fun, the way a kid’s life is supposed to be, not one that’s full of pressure and stress.

Posted by Big Bear Tournaments at 1:41 AM
Email ThisBlogThis!Share to TwitterShare to FacebookShare to Pinterest
Labels: pressure on young athletes, skilled hockey player