The Importance of Positional Versatility

Most young athletes, not to mention their parents, have big dreams of making it to the pros, but for a lot of these players, that dream won’t be realized...and for one very simple and very preventable reason: they lack positional versatility. It is extremely important for hockey players, even and especially young ones, to have positional versatility, i.e. the ability to play several different positions and to play them well. 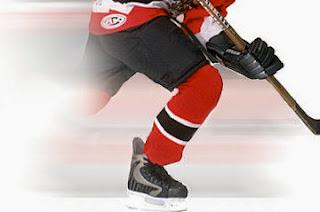 Far too many youth coaches these days pigeon-hole their young players into playing one position. They find a position that an athlete is good at and then stick to it, but, in reality, it is important for young players to be trying their hands at a number of different positions, even and especially those that they aren’t so good at . Working on skills that they lack is what is going to make them versatile, capable, and competitive, no matter where or in what capacity they are placed on the ice.

Dave Christian is a perfect example of this principle. He is an athlete who grew up playing both forward and defense positions and who ended up making an Olympic level team in a different position than the one he preferred and was used to. Because he had been trained in all positions, he was able to help bring his team to a win, and he went on to play for the NHL as a forward, the position that was surprisingly thrust upon him.

Many other hockey players share stories similar to Christian’s. That’s because, in hockey, there are always going to be surprises and changes, and players who can “roll with the punches” are the most valuable players of all. They’re not good for just one thing; instead, they can easily play a wide range of positions, making them much more versatile, and thus, much more valuable.

As a coach, a parent, or anyone else involved in a young hockey player’s life, make it your goal to encourage your players to play a wide range of different positions. Even though they might not become pros at everything, they’ll learn a much wider range of skills and develop more abilities than if you just stick them to playing one position. Plus, as is the case with many famous athletes, it might just end up working out in their favor.
Posted by Big Bear Tournaments at 2:50 AM
Email ThisBlogThis!Share to TwitterShare to FacebookShare to Pinterest
Labels: Hockey players, hockey positions