Are Today's Sports Too Tough On Kids?

There has been a lot of talk lately about how our educational system fails to teach children compassion. And, it’s not just our educational system either. A lot of people argue that the popularity of sports for children is doing the same. While it used to be that everyone got participation trophies and a pat on the head for doing their best, many youth spots teams have shunned this “everyone is a winner” attitude in favor of a harsher “earn what you get” kind of belief. 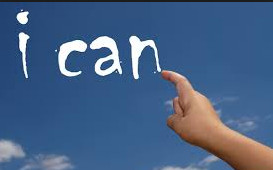 And, while many parents think “tougher is better” when it comes to creating strong, young athletes, recent studies show that this tough love approach may not be as effective as we might have hoped. Self-esteem among young athletes is greatly decreased from what it was ten and even twenty years ago. Obviously, we are doing something wrong if our kids are not gaining confidence from sports and, instead, are decreasing in confidence.

Many parents argue that being tough on kids in sports sets them up for “the real world,” but I argue that they’ll get to “the real world” soon enough, and that the best way to prepare kids for that is not by being overly tough on them but by building them up, celebrating every small victory, praising them when they keep trying- after all, that- the ability to keep going no matter what- is what they need more than anything in the real world.

And maybe, just maybe, if we’re kind to our children, if we reward their efforts, and always try to speak to them from a place of love and encouragement, we can end up making the real world a better place for their generation. That way, when they do grow up, maybe the world won’t be such a tough place anymore, but instead, an awesome place where everybody truly is a winner.
Posted by Big Bear Tournaments at 12:30 AM
Email ThisBlogThis!Share to TwitterShare to FacebookShare to Pinterest
Labels: gaining confidence through sports