Is Your Player a Late Bloomer?

Across all kinds of youth sports, there is a special kind of kid- the kid known as the “late bloomer.” This is the kid who, despite doing his best and trying his hardest, doesn’t come into his “sports skills” until a little later in life. It might be the kid who hasn’t quite grown into his body yet, the clumsy kid, or just the kid who is too shy and lacking in confidence to really have success. However, a great many fabulous athletes have started their careers as late bloomers themselves. 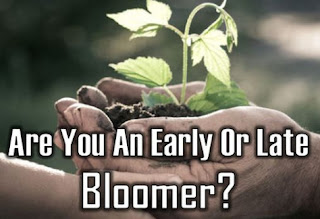 Take Carson Wentz for example. Wentz, who dabbled in a great many sports before settling on football, became the second pick in the recent NFL draft. However, he wasn’t always such a success. He didn’t even become a starting quarterback until his senior year, and he didn’t even really become an NFL prospect until later in his college career.

Wentz isn’t the only famous and successful example of a late bloomer, either. There have been a great many others like him who have taken time to find their sport and then to find success within it.

So, what’s the takeaway here? Well, it’s that if you think you may have a kid who fits the “late bloomer” profile, don’t despair. Give your child room to have fun, to try different sports, and to grow in confidence and ability. Encourage your child every step of the way, and most of all, truly believe in your child.

With enough nurturing and encouragement, your little one is sure to find the sport of his or her choosing, and if it’s meant to be, to find great success within that sport. No matter what happens, he or she will certainly grow in confidence and self-belief,which, after all, is the most important thing of all!
Posted by Big Bear Tournaments at 12:30 AM
Email ThisBlogThis!Share to TwitterShare to FacebookShare to Pinterest
Labels: youth sports