How to Create a Strong and Closeknit Team

A hockey team is, of course, made up of players. And, wherever there is a group such as a hockey team, there is going to be a “culture” of sorts that develops. 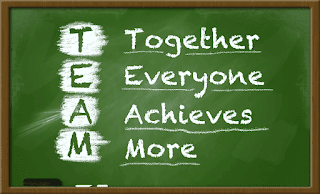 Sometimes, this culture is positive; everyone gets along and enjoys each other’s company. The team becomes a community or a family of sorts.

Other, times, though, the culture can be negative, such as when bullying or backstabbing occur. Of course, as a coach, you want your team culture to be a positive one, one where the players are close and strongly bonded. Fortunately, there are some simple tips you can follow to help create and foster a positive team culture.

Be a Good Example

First things first, understand that, as a coach and an adult, your players look up to you, and your attitude affects the players on your team. Even though it may not always seem like it, your players are watching everything that you do.

Thus, if you often speak negatively about other players, play favorites, or are disrespectful to game officials, such as the referee, don’t be surprised when your players adopt these same attitudes and behaviors.

Make it your goal to be positive, supportive, and encouraging at all times, no matter how hard it is. If you can do this, you should see a major change in your players. This is especially true if you can also get the message of being a good role model across to the parents and other adults in your players’ lives.

Another thing that is very important is for you to be consistent in your efforts. Come up with a plan of how you can improve team culture and then stick to that plan. Unless you discover that something truly isn’t working, try not to make changes or give up on your efforts.

Enforce your rules all the time and with all players. Be someone who your players can count on. In this instance, being predictable isn’t boring; it’s vital to the success of your team and its culture.
Posted by Big Bear Tournaments at 12:30 AM
Email ThisBlogThis!Share to TwitterShare to FacebookShare to Pinterest
Labels: hockey team, hockey team culture