A lot of people complain about and are fearful about the dangers involved in sports, including youth hockey. In fact, next to football, this is a sport where more and more parents are starting to worry about concussions and other long-term concerns.

The good news for these people, parents especially, is that hockey is getting safer and safer for kids. It’s not perfect yet, but improvements are being made. 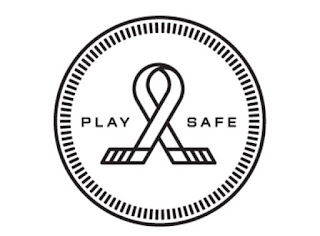 What Types of Improvements are Happening?
So, you may be wondering, what exactly is happening to make the sport safer? Well, for starters, researchers are regularly looking into hockey safety policies and making changes based on what they learn.

A recent change, for example, is that Hockey Canada, after research, decided to ban body checking in Pee Wee leagues, since the activity was found to be a common cause of injury. Other places around the globe have followed suit with similar rules, including Finland, the United States, and the Czech Republic.

Even better yet, hockey organizations are regularly looking into what they can do and change to make the sport safer.

The Surprising Benefits of the Changes
Obviously, the whole reason changes like the one above get made is to make the sport safer, but surprisingly, other benefits often get discovered as well.

When the checking age was raised, for example, hockey coaches reported that players improved more in terms of their hand skills, passing ability, stickhandling ability, shooting ability, and overall skating ability, perhaps because they weren’t so fearful of getting hurt or focusing all their attention on avoiding being checked.

Seeing so many benefits from changing up the rules makes organizations even more receptive to necessary changes, which is a great thing for the sport as a whole and a major reason why it will likely continue to make changes and further improve the safety of the sport.

Posted by Big Bear Tournaments at 12:30 AM
Email ThisBlogThis!Share to TwitterShare to FacebookShare to Pinterest
Labels: youth hockey growing safer