If you’re like most people, when you hear the word “deception,” your mind automatically goes to it being a bad thing. However, what you may not know is that deception isn’t just the act of being dishonest or hiding something. Instead, it’s also a key strategy in many sports, including youth hockey. 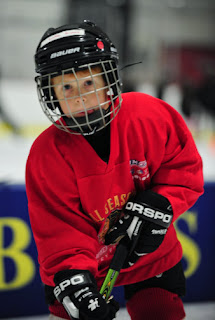 In hockey, deception is used to make players on the opposing team think that players on the other team are going to do something they’re not. This can lead to confusion for the team’s opponents. It can also aid in opening passing lanes and removing goaltenders from their most protective stances. All in all, when used effectively, deception can do a lot of good for the team that uses it.

So, how can today’s youth hockey players learn the art of deception and use it for the good of their team? Fortunately, there are many easy strategies that they can try.

In today’s world, you can find everything online. Modern hockey players can use this fact to their advantage by going online and checking out video of successful deceptions made by everyone from other youth players to professionals.

Watching video, talking about it with a coach, and picking apart how it was done and why it was successful can help players to apply what they learn to their own moves and strategies on the ice. As an added bonus, this type of activity is also great for teaching critical thinking and analysis skills to young players.

Once players have witnessed deception in action, their next step is to try it out on the ice.

As they do so, it is important for coaches to sit down and talk about these attempts.

When they’re successful, everyone needs to figure out how and why so that they can repeat the success in the future. And, when they’re not, it’s even more important to pick them apart and figure out what went wrong to do better next time.

Honing the art of deception on the ice isn’t easy, but, by following these tips and putting in some real work, it definitely can be done.

Posted by Big Bear Tournaments at 12:30 AM
Email ThisBlogThis!Share to TwitterShare to FacebookShare to Pinterest
Labels: the art of deception in hockey