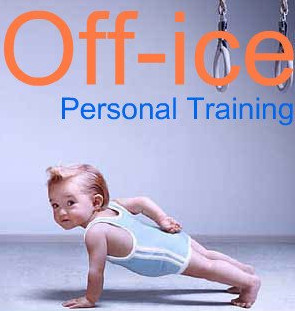 Most people think of people who regularly strength train as being “jacked” or very bulky. And, while regular training doesn’t necessarily have to turn young players into huge hunks of muscle, it can make them bigger and more imposing on the ice.

While looking frightening is definitely a good way to scare off the other team, that’s not the only benefit of building muscle and getting bigger. Larger, more muscular players will have more force and momentum on the ice, which can help in pretty much every aspect.

When a player regularly engages in strength training, that will improve his or her endurance, which can translate to being able to skate for longer periods of time

One final, nice thing about regular strength training is that it can make players less likely to get injured on the ice.

To begin with, their muscles are worked more regularly than someone who doesn’t strength-train, which makes it less likely for them to experience strain due to on-the-ice moves.

Furthermore, as players become bigger and stronger, their muscles get better at dissipating impact from things like falls and body checks. This adds in an extra layer of protection from injury.

In all of these ways, strength training can be very helpful for young hockey players, which is why it’s so strongly recommended.

Posted by Big Bear Tournaments at 12:30 AM
Email ThisBlogThis!Share to TwitterShare to FacebookShare to Pinterest
Labels: Strength training