Is Your Child's Coach Playing Favorites?

Just about every hockey team in the world has a select few players on it who are considered the “favorites.” Think of your child’s hockey team. Chances are you can name off those few players who are always called on to start, who play every game, who get all of the coach’s attention, and who are 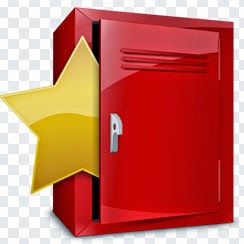 essentially the “stars of the show.” Maybe your kid is one of them and maybe he or she isn’t. Either way, playing favorites isn’t a good thing.

Nine times out of ten, the “favorites” are the ones who are easy and pleasant for the coach to deal with. Common characteristics of a favorite often include:

These are the ideal players, right? That may be the case, but they are also the players who need the most attention and who get the least of it. If you see favorite-playing happening on your team, you may want to bring it up with the coach. Don’t expect your talk to do too much good though. Favorite-playing is, in many ways, natural and inescapable. People like who they like, and even the best and most well-intentioned coaches will often accidentally and unconsciously let their preferences be known.

For this reason, it’s wise to talk with your child about this behavior. Explain to him or her that “having favorites” is somewhat normal, if not ideal. If your child isn’t a “favorite,” teach the child not to take it personally, and if he or she does, explain to the child that that doesn’t make him “better” than any of the other players and that others still deserve to be treated with kindness and respect.

Also, be watchful of your child’s behavior. If your child isn’t a favorite and you notice bad behavior, the child may be acting out to gain attention. When this is the case, you need to have a talk about the difference between positive and negative attention and how to gain the former. On the other hand, if your child has developed a “big head,” you’ll need to discuss that with him too. There is such a thing as too much confidence!

Finally, remember that, while some favorite playing is normal, there is a limit. If the coach’s behavior is taking a toll on your child’s growth and confidence, is blatant and disrespectful, or equals an all-around poor playing and team experience for your child, it may be time to find a different team and coach.
Posted by Big Bear Tournaments at 12:30 AM
Email ThisBlogThis!Share to TwitterShare to FacebookShare to Pinterest
Labels: hockey team, youth