As a coach, Phil Jackson is a name you should definitely know. Just in case you don’t, he’s the national spokesperson for the Positive Coaching Alliance, a title he earned due to being one of the world’s greatest basketball coaches. Jackson coached a whopping 11 championship NBA teams, including the Chicago Bulls and the Los Angeles Lakers. And, though his expertise may be in basketball, his coaching knowledge transcends to any sport, including youth hockey.

Jackson, who is now a New York Knicks executive, is active with the Positive Coaching Alliance, The Double-Goal Coach by Jim Thompson. 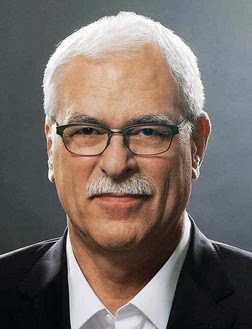 not just as a spokesperson but as someone who actively raises funds for the organization and who makes regular event and video appearances. He even authored the forward to the Positive Coaching Alliance founder’s book-

Recently, in a promotional event for the organization, Jackson shared his thoughts on game referees, and the advice he gives is very useful for youth hockey coaches. He cautions coaches to remember, at all times, that referees deserve respect, even when they make calls coaches and parents may not agree with. After all, they are professionals, doing the best they can to do their jobs well, and that sometimes means making tough calls.

He does admit that not all referees are necessarily as professional as they should be. Sometimes, for example, a particular coach can fall into bad favor with a ref, which can potentially affect calls. If coaches honestly think they are being treated unfairly on purpose, they can speak to the authorities in charge about the matter. However, they should never be disrespectful or rude to referees under any circumstances.

This advice is very important for youth hockey coaches, who serve as role models to their young players. Remember, as a coach or even just a parent, it is your job to handle yourself with dignity no matter what happens. The young people in your life look up to you, and no matter what, it is your job to serve as a positive role model.
Posted by Big Bear Tournaments at 12:56 AM
Email ThisBlogThis!Share to TwitterShare to FacebookShare to Pinterest
Labels: coaching, Youth Hockey