Hockey: How to Watch and Learn

Do you and your little one(s) enjoy watching hockey together? If so, then you might be surprised to find that, not only is this activity a fun way to spend time together, but it’s also a nice way to learn a thing or two and maybe even pick up some skills when it come to the game of hockey. 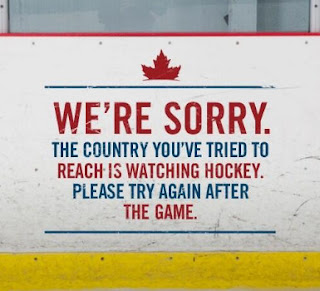 See, most kids tend to be visual learners, at least early on in life, so they can learn a lot just by watching pros zip around the ice. And, if you’re really deadset on getting your child to learn from what he sees get in contact with the local big-deal hockey league and see what it would take for your child to sit in and watch a training or practice. While kids can learn plenty from observing a game, they can learn even more from watching a practice…and the coaching that goes along with it.

Whether you and your child are watching a game, a practice, or anything in between, however, make sure that you guys do more than just simply watch the puck like most basic spectators do. You can keep an eye on the puck from time to time, but you should also pay attention to what other players, including the players who make the plays when they DON’T have the puck, do. If you can figure out, together, how players go from puckless to in control in a few seconds flat, you can learn a whole lot about strategy.

In addition to watching games for the less common stuff, also encourage your child, if he or she has a favorite player, to read and research up  on that player, to learn all that he or she can about the player, and to try and emulate that player in every possible way. Hockey players, for them most part, make great role models, and there’s certainly nothing wrong with having your child lookup to the athleticism of one of these pros.

As you can see, if you and your little one learn to watch hockey in the right way, it can actually end up being a fun and fantastic earning experience.
Posted by Big Bear Tournaments at 12:30 AM
Email ThisBlogThis!Share to TwitterShare to FacebookShare to Pinterest
Labels: watching hockey