Most coaches are well aware of the fact that, more often than not, the parents involved in a youth hockey team are harder to put with than the kids. Hockey parents are often demanding, nervous, and a whole host of other things that can add stress and worry to a coach’s life. Fortunately, however, there are some things that you can do to make dealing with parents easier and to foster a better relationship between parents and the coach.

One thing that parents hate is feeling like they’re constantly being told what to do at the last minute and then being expected to drop everything and do it. To keep them from feeling this way, try and inform them of what’s going on very early on. In fact, as soon as you know what’s happening, you should be drafting a schedule for the parents of your players to follow. 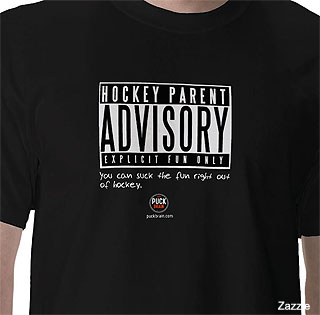 Parents should know, as early on as possible, when and where games and practices are going to be held, who is scheduled to bring a snack and when, and anything else they need to know. Try to avoid making changes to a schedule once it’s been shared, and you should find that the “team parents” area lot more cooperative and easier to deal with.

One of the biggest issues that often arises between parents and coaches is squabbling over playing time. Every parent, obviously, wants his or her child to play as often as possible, and when parents feel like their child isn’t getting treated fairly, there is going to be trouble.

As such, make sure you are being fair and communicating how you are handling playing time. If you are on a team where playing time is supposed to be equal, make 100% sure that it is. If those decisions are left up to you, explain how you make them and be consistent.

You will likely still have some parent complaints no matter what, but if you are fair and consistent, they should be fewer and farther between than they otherwise would be.

Tip #3: Always Be Willing to Communicate

Finally, even though dealing with parents may be the last thing that you want to do after a long day, make a rule for yourself that you will always be available and open to parents. Communication between parents and coaches is so important and can solve a host of problems. So, make it a point to always address any concerns or questions your team parents may have and to always be available to talk and to explain any decisions you have made.

If you can follow these simple tips, you will suddenly find that the parents of your players are a whole lot easier to deal with.
Posted by Big Bear Tournaments at 12:30 AM
Email ThisBlogThis!Share to TwitterShare to FacebookShare to Pinterest
Labels: hockey coaches, hockey parents