Why Young Hockey Players Need to Wear their Cup 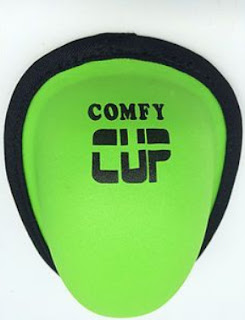 While you might think you can afford to skip this item when buying gear for your kids, don’t! Wearing a cup is extremely important for on-the-ice-safety.

In fact, Brian Elliott of the St. Louis Blues recently tweeted a picture of his cracked protective cup, which got damaged during a game. If it wasn’t for that cup, something else would have been damaged instead, which would have been a lot more painful!

Doctors advise athletic cups for young athletes. Without a cup, they could be hit by a puck in the groin area. This could potentially lead to painful bruising, excessive bleeding, possible internal bleeding, and, in severe cases, even rupture of the testicles. Obviously, these are all extremely painful conditions, and the only way to guard against them is to make sure your young athlete is wearing a cup every time he’s on the ice.

Medical professionals suggest that male athletes wear hard plastic or metal cups for the best possible protection. So, if your son currently isn’t wearing one, do him a favor and buy a cup before his next game or practice. If he ever has an incident like Brian Elliott, he’ll be thankful!
Posted by Big Bear Tournaments at 12:30 AM
Email ThisBlogThis!Share to TwitterShare to FacebookShare to Pinterest
Labels: wearing a cup when playing hockey