How Hockey Players Can Get Rid of Excess Pounds

Being overweight is not healthy for anyone, especially not athletes. Athletes are already pushing their bodies to the brink, so they really can’t handle much extra strain. Plus, carrying extra weight makes it hard for them to move fast and keep up their stamina, both of which are key for athletes, especially hockey players.

Fortunately, though, losing extra weight isn’t all that hard. Hockey players already have the benefit of getting in lots of exercise on a regular basis, so typically, getting to a healthier weight just means making smarter dietary choices.

Fuel the Body
First of all, bear in mind that one of the biggest mistakes that athletes can make is choosing to starve themselves in order to get rid of extra weight.

Even when they’re carrying extra pounds around, athletes still need energy to play at their best and to play safely. Thus, athletes should always avoid crash diets or diets that severely limit their calories.
The best bet is to follow a meal plan prescribed by a doctor, a nutritionist, or a knowledgeable coach.

Focus on Fiber and Protein
Some people are wrongly taught that certain things- such as carbohydrates- are bad. However, that’s not true. There really isn’t a “bad” food when eaten in moderation, though some foods are better than others.

As an athlete trying to lose weight, the best choices are foods packed with fiber and/or protein. Both of these ingredients really help with feeling full and satisfied, which makes it easier for athletes to avoid overeating.

Protein is also useful for preventing muscle loss even while losing weight, making it virtually a perfect food for athletes. Thus, hockey players are encouraged to eat healthily from across all the food groups, but especially these two important ones.

Up the Cardio
Finally, players who need to lose weight can make more of an effort to get in cardiovascular exercise.
Cardio, such as running or swimming, isn’t usually encouraged for hockey players. The focus is typically on building strength instead. However, nothing beats cardio for losing excess fat. 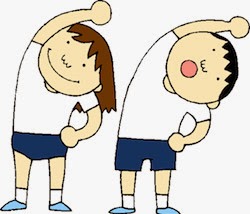 By adding in an extra hour or two a week of cardiovascular exercise without changing their regular routines, most hockey players will see big results in the form of fat loss.

As you can see, getting rid of fat doesn’t have to be difficult for hockey players or for anyone. It just takes effort, dedication, and a little bit of know-how. Plus, hockey players have an advantage since they already get in lots of physical activity, making it even easier for them to shed the excess pounds.

Posted by Big Bear Tournaments at 12:30 AM
Email ThisBlogThis!Share to TwitterShare to FacebookShare to Pinterest
Labels: Hockey players, weight control