If your kids are part of a training program that uses this “stickless” method, you should know that it’s not a good method. There are many issues with stickless hockey training and many clear reasons why it should not be practiced. 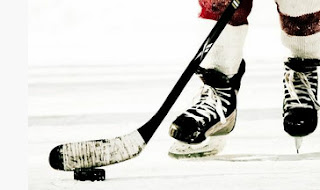 One of the main reasons to not engage in this type of practice is simply because skating with a stick is very, very different than skating without one. Balance, weight, and general skating position all change, at least somewhat, when a properly-held stick comes into play. It makes sense then that you shouldn’t practice without one since you will have one when it matters most- i.e. On the ice and in a game.

Another big reason to avoid training without a stick is because having a stick onhand (literally) greatly changes a person’s skating speed. A stick may be somewhat lightweight, at least if it’s a good one, but it will still slow a skater down significantly. For this reason, it’s a good idea to get used to achieving speed and power while having a stick in-hand.

Sure, some coaches may think players can better concentrate on good skating skills and speed by leaving their sticks behind. But, in the end, any skills learned without a stick will be significantly impaired if a stick is suddenly added into the mix, as it will be in a real game. For this reason, it is strongly recommended to practice with a stick each and every time.

Posted by Big Bear Tournaments at 12:30 AM
Email ThisBlogThis!Share to TwitterShare to FacebookShare to Pinterest
Labels: hockey stick