When you think of hockey, you probably don’t think of golf. After all, there are many other sports, such as soccer, that are a lot more similar to ice hockey. With that said, however, golf can actually be a great transition sport for young hockey players, meaning a sport that they can play in the off-season in order to strengthen their skills and even build new ones. 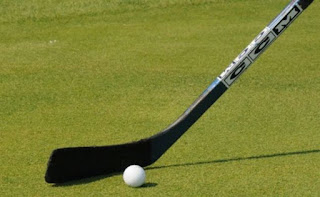 One of the big reasons golf is such a great choice Is because it’s all about focus. Players are forced to focus on both the game at hand and attention to detail, and all of this focus means players don’t have time to dwell on the past season and any mistakes or shortcomings they might have experienced. Furthermore, by sharpening focus skills in the off-season, players can end up a lot more capable and focused when the new hockey season starts up again.

Another big reason that golf is such a good transition sport is because it’s all about muscle isolation and coordination. Even though the movements in golf tend to be small and precise, they can have a wonderful conditioning effect due to their highly repetitive nature. The muscles built when handling a golf putter are basically the same muscles needed to successfully manure a hockey stick, making golf a great way to keep up all those important hockey muscles during the off-season.

And, while golf can have many great effects for hockey players, bear in mind that it isn’t meant as a full replacement for an off season training program. There should still be some kind of official practice and training going on, with golf just functioning as an added bonus.

As you can see, participation in golf, when combined with a carefully formulated off-season training program, is a wonderful way to transition and to keep in shape and build skills even when players aren’t on the ice daily.
Posted by Big Bear Tournaments at 12:30 AM
Email ThisBlogThis!Share to TwitterShare to FacebookShare to Pinterest
Labels: ice hockey and golf