When you’re new to the world of hockey, it’s common to hear a lot of terms or “jargon” that you are not familiar with. However, don’t allow your confusion to deter you or your child from participating in this wonderful sport. Sure, it may have a language all its own, but you’ll learn it in no time if you stick around! Plus, you can easily get a headstart by familiarizing yourself with a few terms right now. 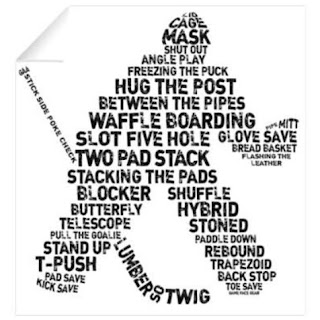 From your child’s very first team meeting, you’re likely to hear the simple term “the A” thrown around a lot. When you hear it, know that It’s a shortened way of saying the American Hockey League, which is the governing organization that determines most of the rules for the sport, as well as any changes that are made in the sport as a whole.

You may also hear this organization called the AHL. Basically, it’s the “God” of hockey, so get used to hearing about it, no matter what it’s called.

“The Wire” probably isn’t a term you’ll hear a lot when your child is in the early stages of youth hockey. However, as he or she moves up the ranks, especially if your young player is especially good, you may hear it more frequently.

Being “on the wire” means that a player is being shopped around for a trade or is about to be released from a team. It’s basically a precarious, but sometimes positive place to be in. If your child ever gets to the point where other teams are going after him or her or plays professionally, this is a term you’ll grow quite familiar with.

Finally, do not be surprised if you hear your child or another player referred to as an “agitator.” This is simply a player who likes to play on the edge and who regularly trash talks opponents to try and make them break down or lose control. This is often a player who plays dirty as well.

These are actually just a few of many, many hockey terms you may hear. After all, hockey is certainly a sport with a language all its own. However, the more time you spend immersed in the sport, the stronger your hockey vocabulary will grow!

Posted by Big Bear Tournaments at 12:30 AM
Email ThisBlogThis!Share to TwitterShare to FacebookShare to Pinterest
Labels: world of hockey