Why Failure is Just Fine

Failure is not something anyone likes to think about, let alone hopeful young hockey players. However, failure is important. In fact, it’s as much an important part of the game as winning is, believe it or not. While failure might not be something that anyone wants, it’s necessary, and it’s happened to all the world’s greatest hockey players at one time or another. Dread it or not, there are many reasons that failure is an important, pivotal part of the game and of being a great athlete. 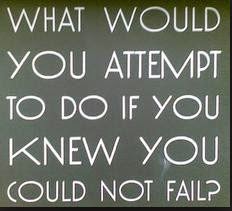 It Means You Took a Chance…

One of the great things about “failure” is that it really only comes when you dare to take a chance. If players stay in their comfort zones and never try anything new, they’re not likely to fail. But, what’s so great about doing well if you’re just doing what’s comfortable and easy?

Daring to take a chance, to try something different, and to step outside of one’s comfort zone is the sign of a truly great player, one with awesome potential to grow and succeed. And, while taking chances does sometimes lead to failure, it’s well worth it. Failure is often mark of oncoming great growth. So, when failure comes from being brave, don’t look at it as failure because it’s really not the same thing at all.

It Means You’re On the Road to Improving…

Another nice thing about failure is it’s often what comes before improvement. Whenever you try a new skill, you’re bound to have some missteps along the way. That’s normal. However, if you don’t let the initial failure or difficulty get to you, you’re bound to overcome it and to develop a brand new skill.

In this way, failure is really just a step on the road to improvement, so it’s important.

Failure, at the end of the day, is not a bad thing. It’s only a bad thing if you let it define you or allow it to cause you to give up.

Posted by Big Bear Tournaments at 12:30 AM
Email ThisBlogThis!Share to TwitterShare to FacebookShare to Pinterest
Labels: young hockey players