Win or Lose, Always be a Class Act

If you’re a hockey player or if you regularly spend time around hockey players, whether as a coach, parent, or anything in between, you know that every athlete experiences both wins and losses.

And, no matter whether a team wins or loses, it’s important to show good sportsmanship and a good attitude. Being a “class act” is important no matter the outcome of a game. 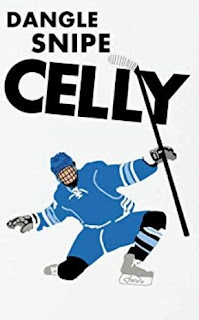 Celebrate Wins, but Be Respectful

If you are lucky enough to be on the winning end of a game, it’s fine to celebrate your victory. High-five your teammates, cheer, cry. Do whatever you need to do to express your happiness over the win.

However, do be mindful of the other team. Don’t rub your win and, by effect, their loss in their faces. Teasing, taunts, jeers, or anything of the sort should never be acceptable. Instead, be happy about your win, but also genuinely congratulate the other team on a game well-played.

Try to keep in mind that, next time, your team could be on the losing side. That simple thought should help to put things in perspective and should keep everyone’s behavior in check.

Most of the time, hockey games require a mutual handshake between the two teams after the game, offered as a way to show respect and to remember that, after all, it’s just a game.

Sometimes, after a loss, all you want to do is storm off the ice and pout. However, never allow this behavior. Hold yourself or your players to a standard of always participating in the handshake or other show of respect, no matter the outcome of the game.

Winning is great, and losing is not. However, the only thing you can ultimately control is how you react to both. So, as an athlete, remember to put class and good sportsmanship above all else, and you really can’t go wrong.

Posted by Big Bear Tournaments at 12:30 AM
Email ThisBlogThis!Share to TwitterShare to FacebookShare to Pinterest
Labels: Hockey players